As we all know, as legend has it, the Giglio Island is a pearl of the Mediterranean Sea. But it also contains some precious pearls of its own: a small number of beautiful beaches.

There are four main beaches, each divided into free zones and paid areas equipped with umbrellas and sun beds. Three are located on the eastern side of the island near Giglio Porto, and the fourth, largest one is near Giglio Campese on the western side. Let us start with that one.

As mentioned, Campese Beach is the largest on the island. Free zones alternate with beach clubs offering sun beds, umbrellas, bars, restaurants and sometimes children’s play areas. The beach’s granular sand has the typical red color of the pyrite that used to be extracted from the nearby Franco Mine. You can still see trestles of the mine in the middle of the large bay. The sea stack on the left and Campese Tower on the right frame a breathtaking view that includes the island of Montecristo rising behind the sea stack, the island of Elba and beyond it the island of Corsica, which face the opposite side and from where you can enjoy beautiful sunsets that change every day.
As you walk southward along the beach toward La Marina residential complex, you arrive at a path that winds up the Franco headland toward the sea stack, the little beach of Pertuso and the little beach of Pozzarelli on the other side. If you like rocky beaches, the one below the tower is within walking distance and comfortable for sunbathing. Families prefer Campese Beach for its proximity to town, and young people like to go there before their evening drink. About 5 km from Giglio Castello and 7 km from Giglio Porto, it can be reached from both towns by car via the island’s main road, or by a bus that leaves every 20 minutes in summer and runs from 5 a.m. until midnight. A bus ticket costs €2 each way. You can park at the sports field just behind Campese Beach, next to the bus stop. Here the parking costs €1 per hour, or €3 per day. Public parking spots marked by blue lines cost €7 a day.

Cannelle Beach is the second largest, and the most famous. It stands out for its gleaming fine white sand that looks like the sand of distant oceanic islands. The sea’s emerald color transforms into a deep blue as it moves away from the sand. Cannelle Beach is the most popular with tourists, young people, families and couples not only for its rare beauty but also because it is easy to reach by foot, scooter, car, group taxi or water taxi since it is just 1 km from Giglio Porto. The beach has a self-service bar/restaurant and a paid parking lot. If you prefer less-crowded areas and rocks over sand, the little beach of Caletta dello Smeraldo is situated just before Cannelle on the same road. The path toward Capo Marino and Caldane Beach starts at Cannelle Beach.

Caldane Beachis 2 km from Giglio Porto but can only be reached by foot from Cannelle or by boat. You can rent your own boat or take a water taxi from Giglio Porto. Hidden well by the Mediterranean scrub, with only a few homes nearby, Caldane’s secluded location makes it the wildest, least spoiled beach on the island. Although half of it is equipped with sun beds and umbrellas, there is no bar or even bathroom, so you should bring your own drinks and food. The coarse golden sand of Caldane Beach massages the feet and the soul. Here you can swim surrounded by schools of saddled bream fish unafraid of approaching the shore. You can also snorkel alongside the rocks to reach the nearby Cala Del Baccello or go in the opposite direction toward Cala Della Torricella to admire myriads of hedgehogs on the rocks and various marine species of flora and fauna. The cell phone signal is weak at Caldane Beach, so it is the perfect place to get away from it all. You will have to wait until you are back in town to tag us in your Instagram posts.

North of Giglio Porto, behind the Lazzaretto headland and after Cala Cupla is Arenella Beach, long the favorite of Castello natives. Inhabitants of nearby homes and guests of the two closest hotels who vacation here each year have come to form an entire autonomous ecosystem around Arenella. Embraced by rocks on both sides, including “the Turtle,” Arenella is the beach for connoisseurs – those who know us well and have been coming here for years. The sand comes from granite and has coarse golden grains like that of Caldane Beach. One of the many old granite quarries used to be located right next to the beach. Arenella is about 2 km from Giglio Porto and can be reached by foot, scooter, car or group taxi via the main road or by water taxi from the port. In addition to sun beds and umbrellas, the beach has a very simple bar/restaurant and parking reserved for clients of the beach club. You can also rent small boats without a license.

Access for dogs to the free beaches is restricted by municipal regulation to certain times in summer (June 1 to September 30), specifically before 7 a.m. and after 8 p.m. Each beach club has its own regulations. While rules are stricter on the main beaches, access to the various coves is more relaxed, though it is always advisable to keep dogs on a leash and have a muzzle on hand. Guide dogs for the blind or the visually impaired can circulate freely throughout the island, exceptions to the regulations. 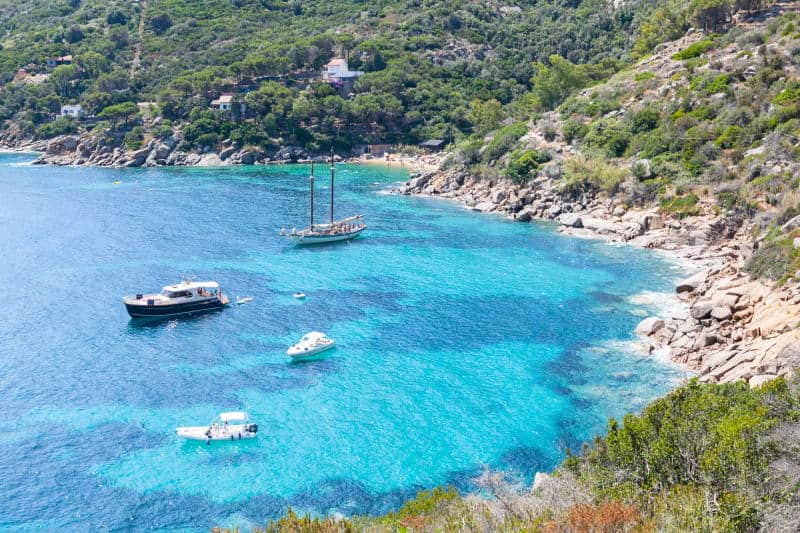 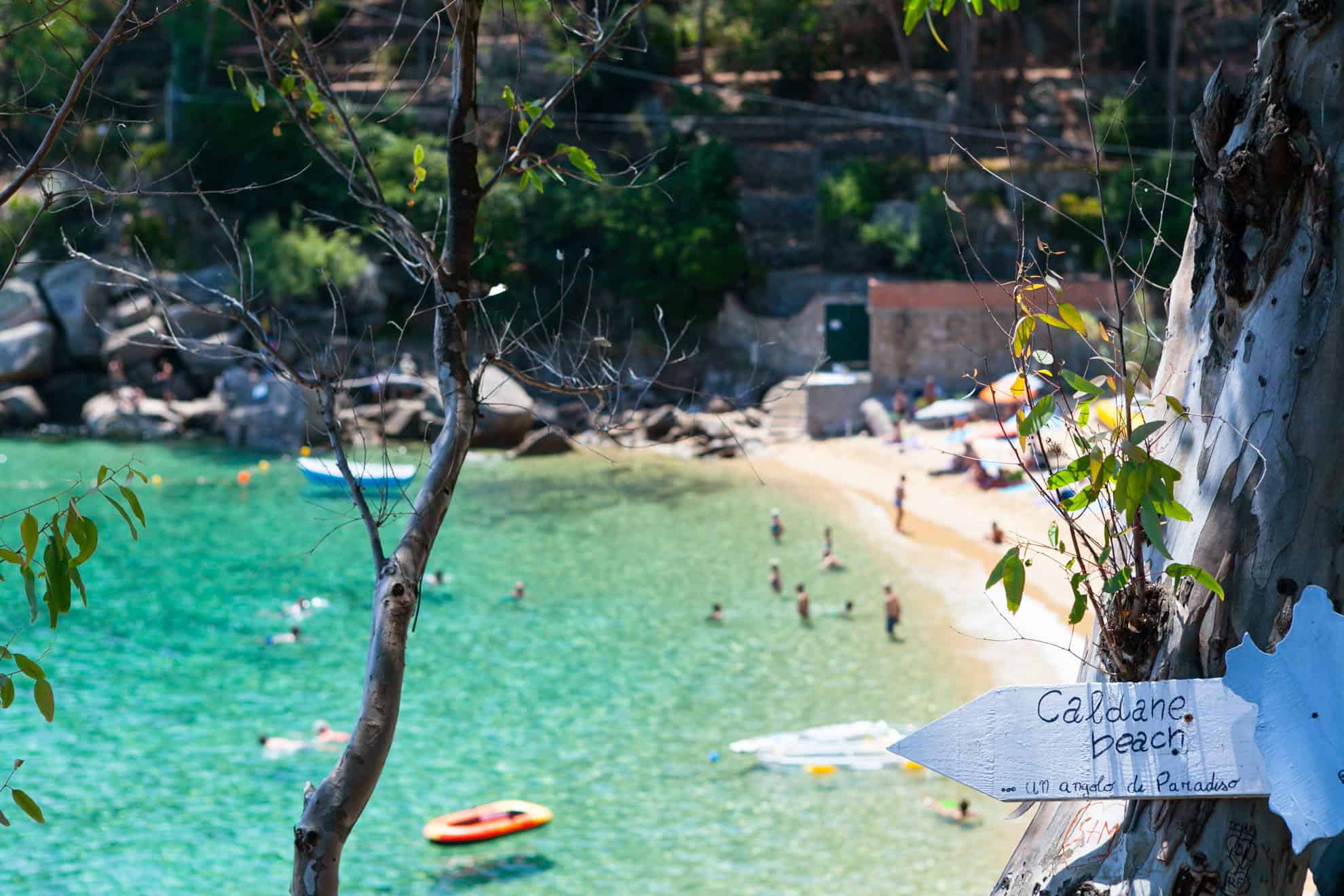 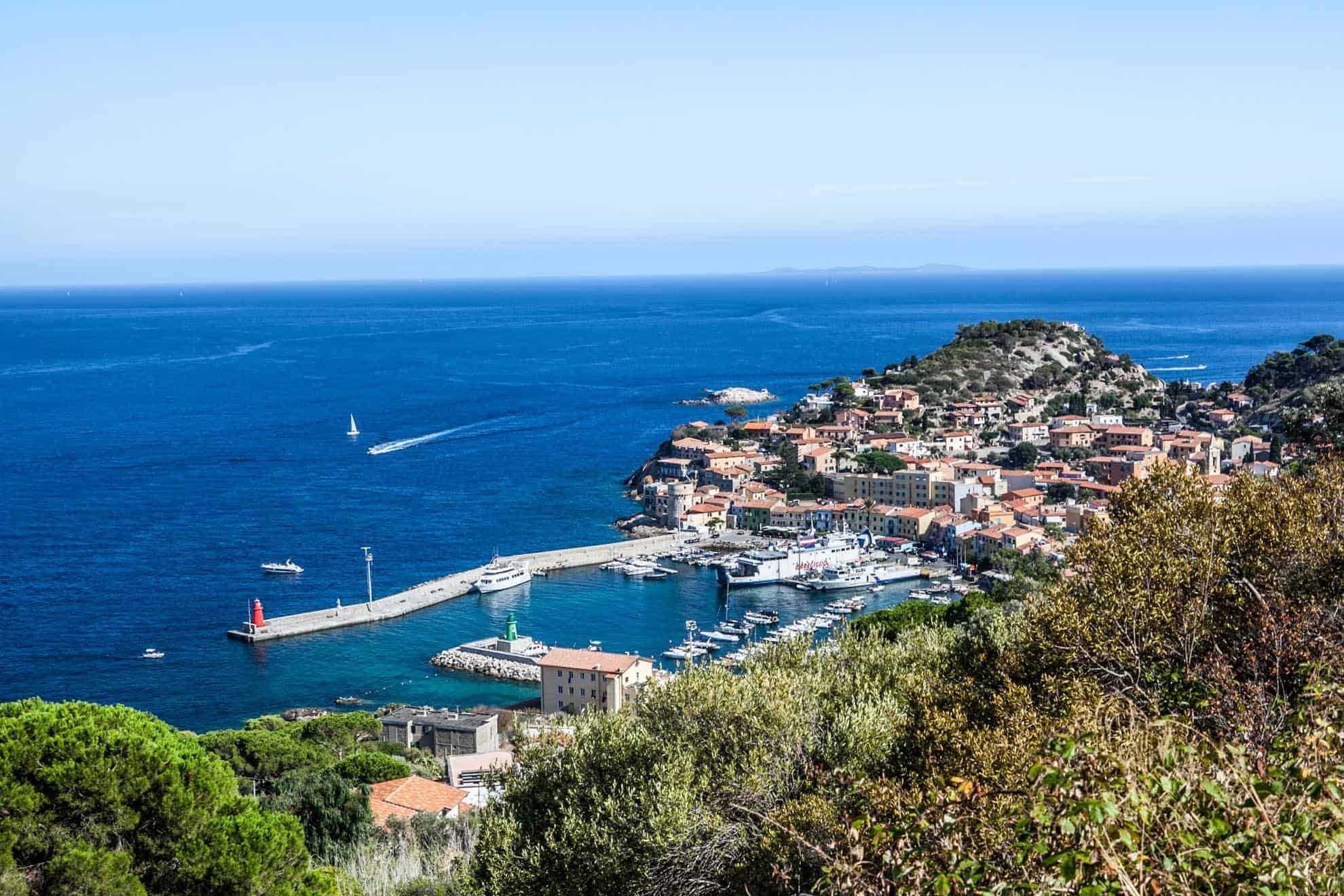 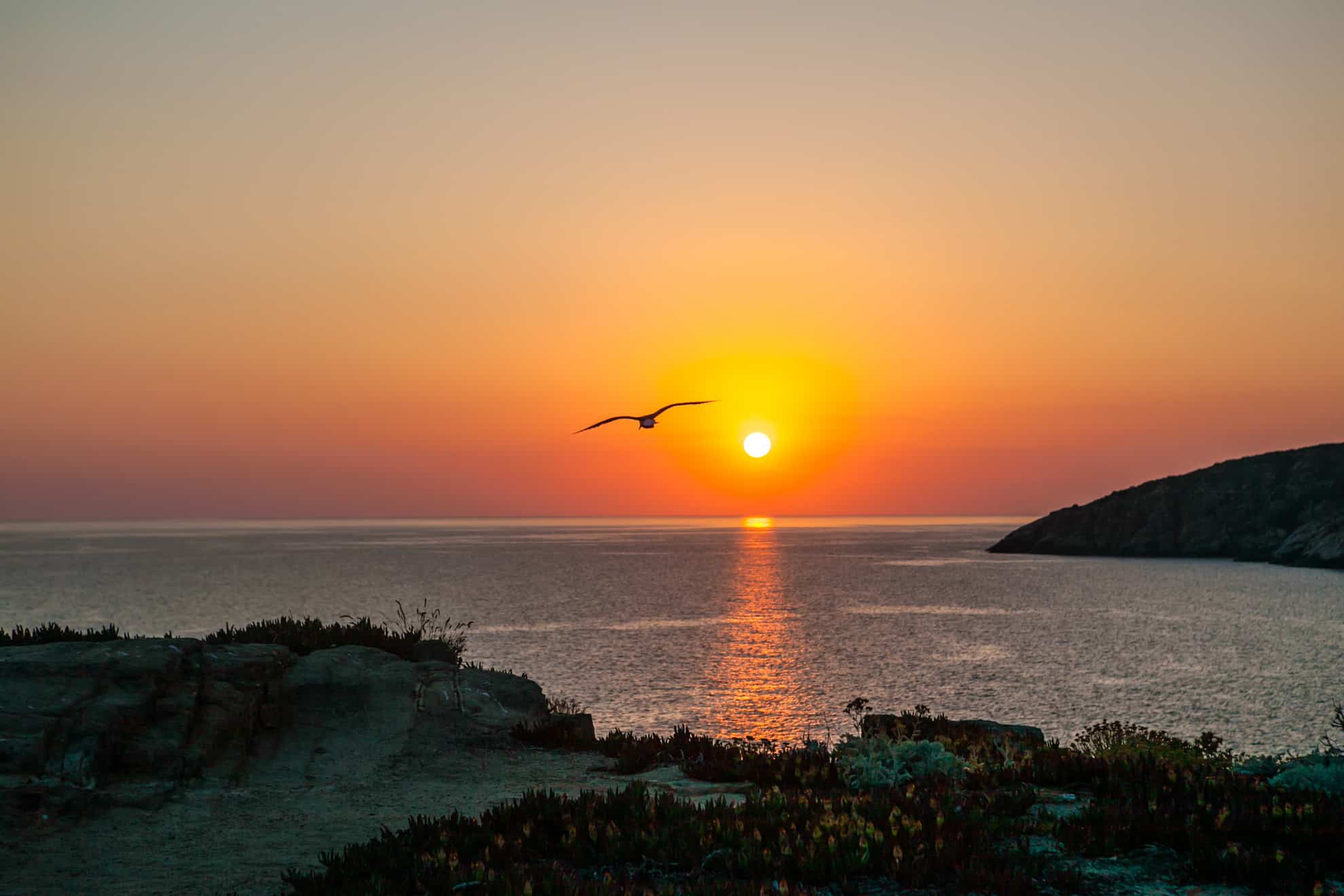 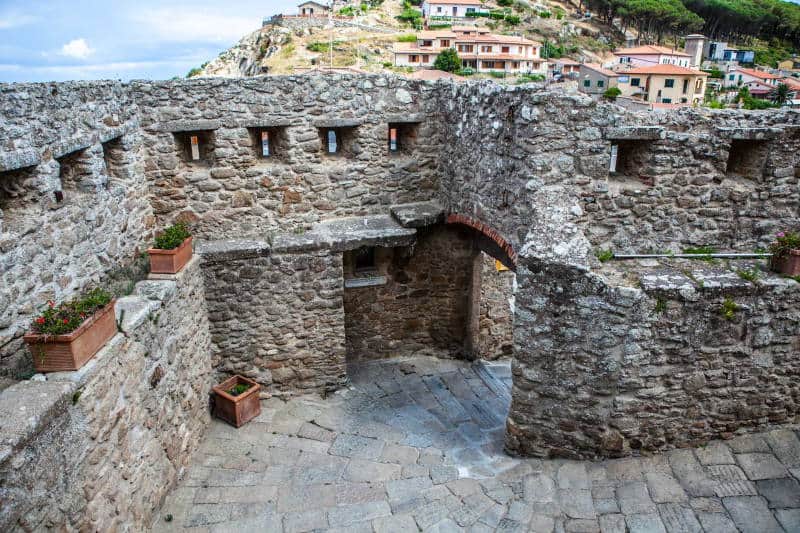 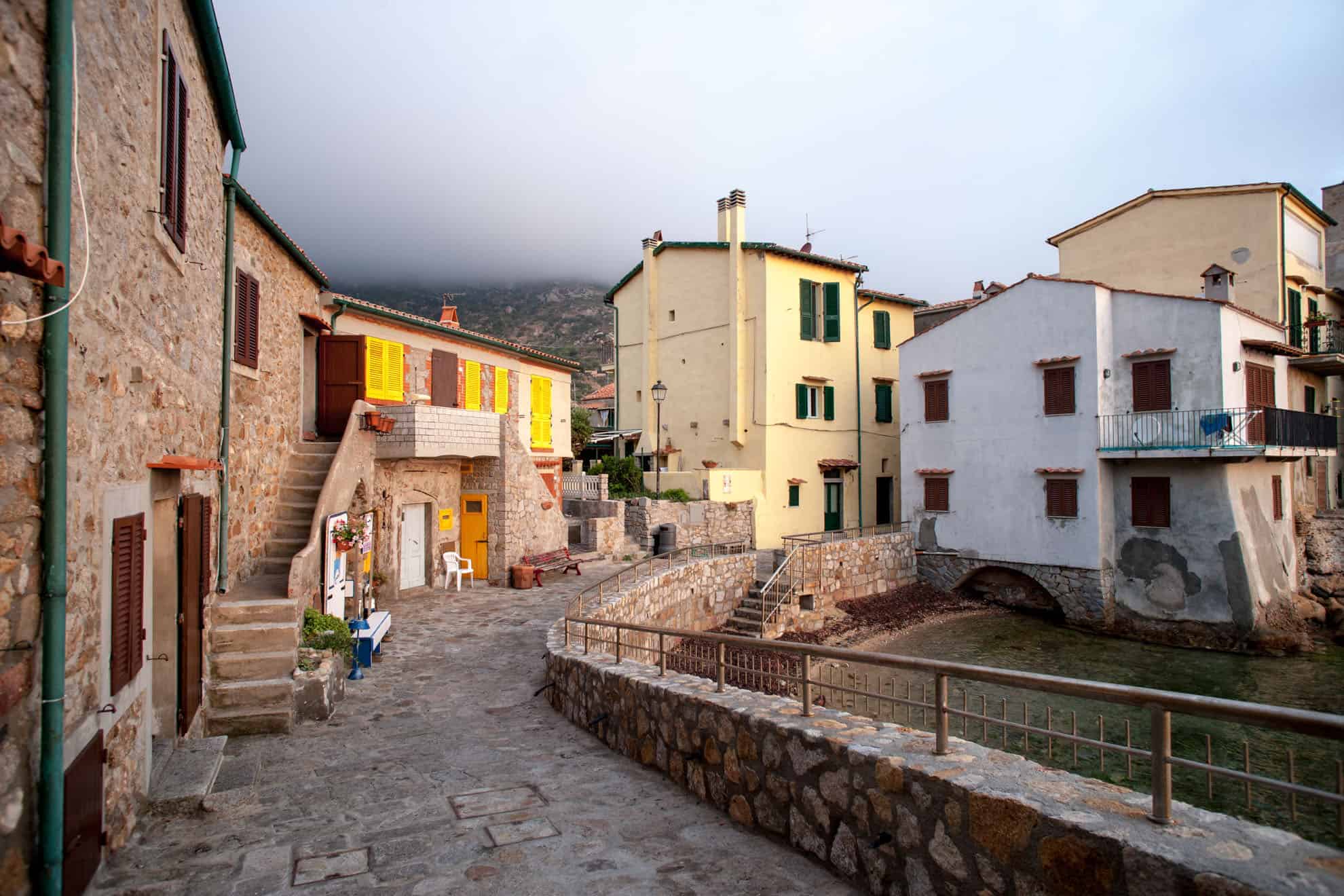 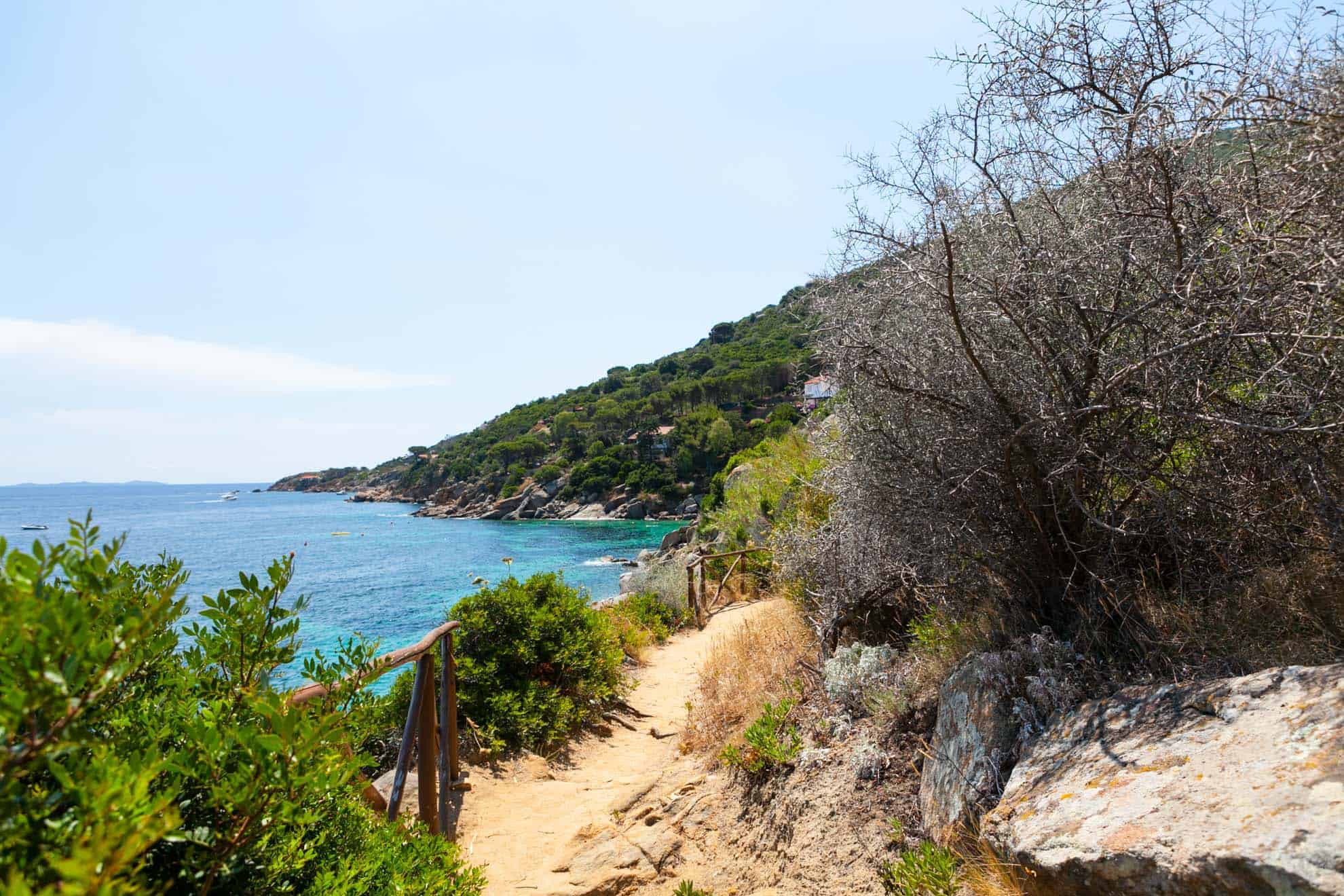 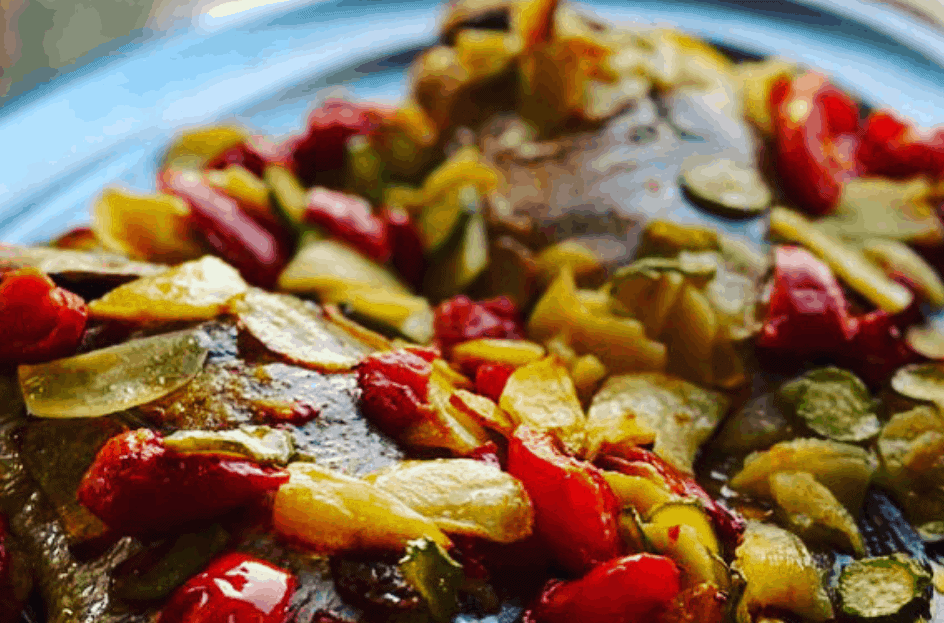 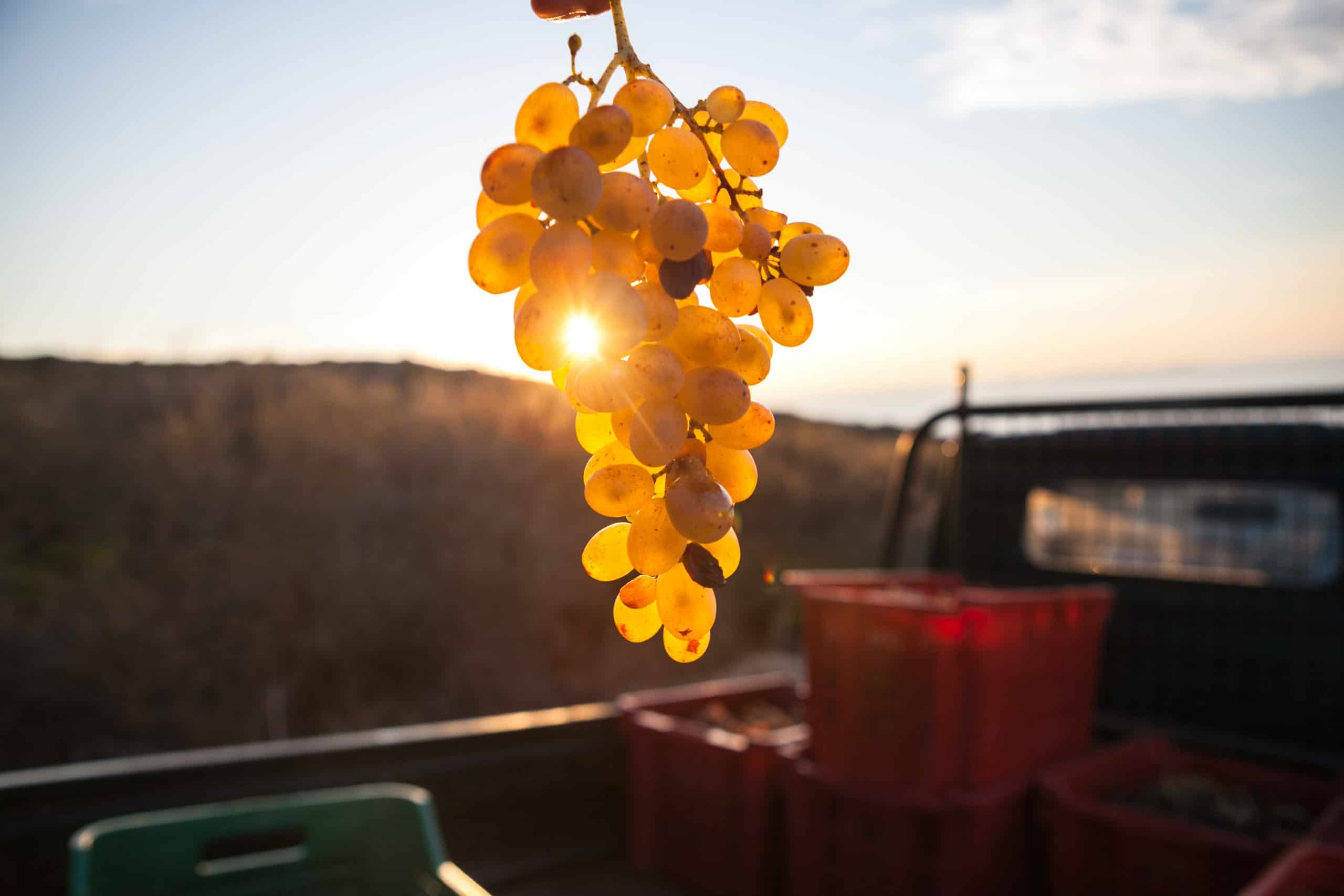 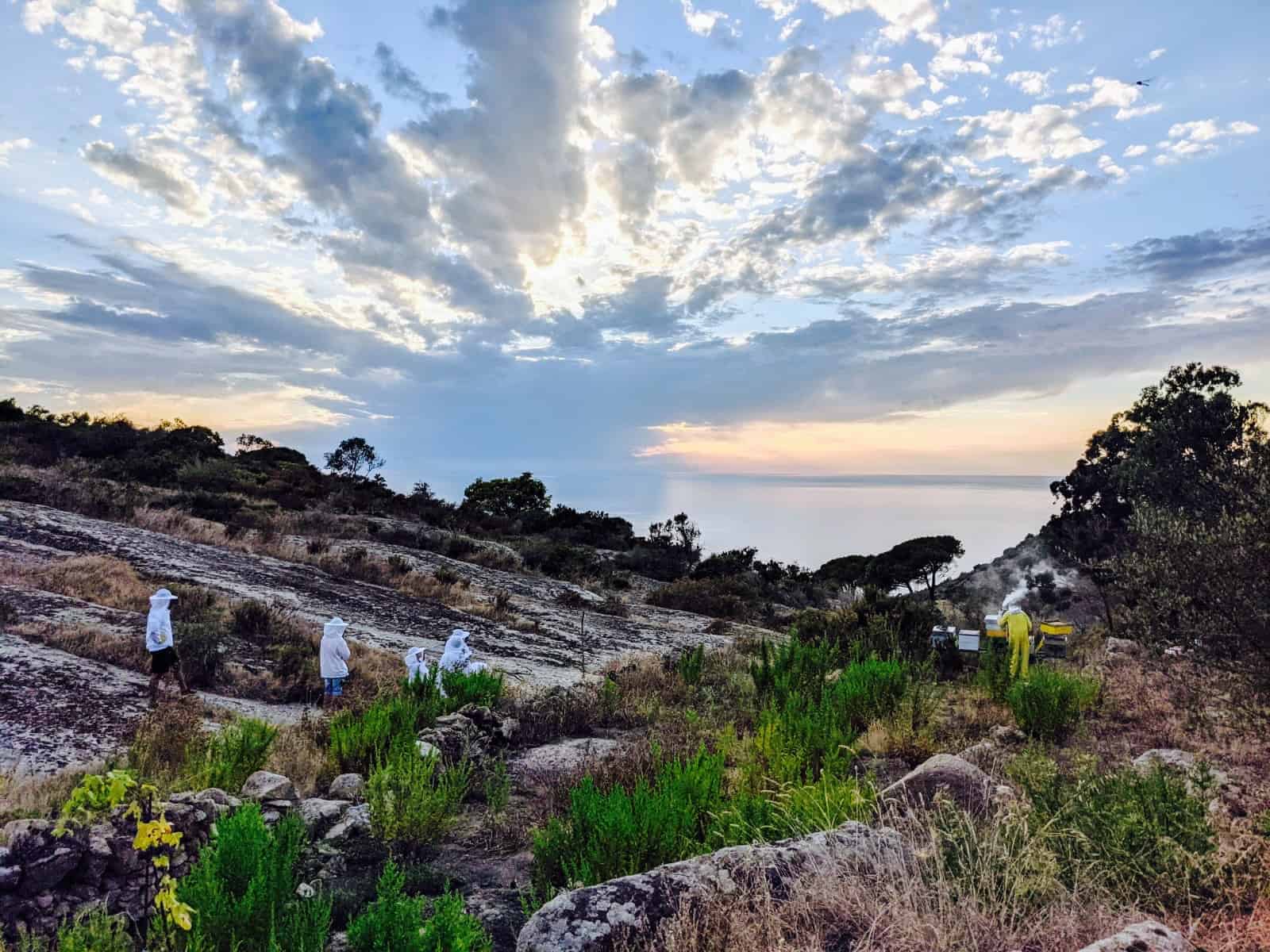 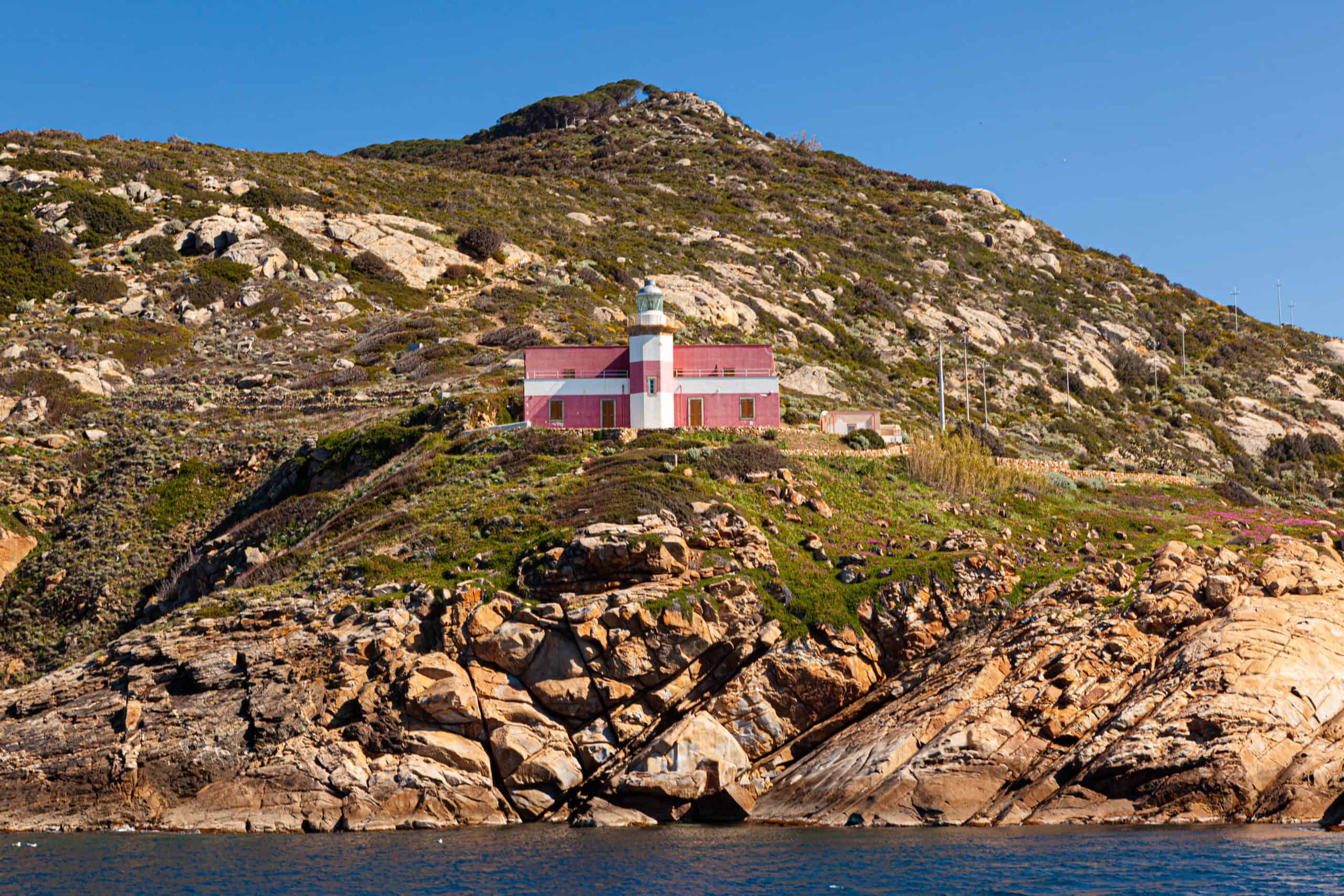